The equipment was set up on the hill at Hartwoodmyres near Selkirk. Dave (GM0KCN) set up his HF dipole (coming down from a long pole, raised by pulley system) and operated his Yaesu 757GX set powered by 12v car battery (still attached to the car)! A vertical fishing pole antenna was also set up.

Several contacts were made by both Dave and Colin, and a good day was had by all. NB No frogs were harmed during the making of this website… 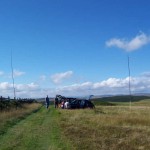 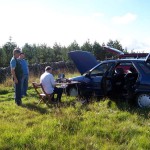 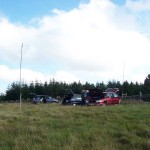 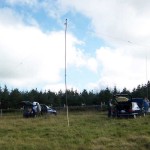 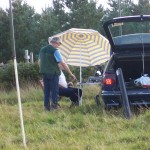 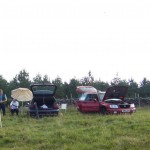 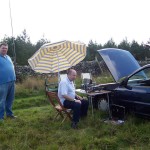 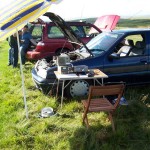 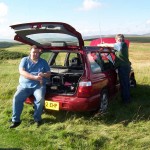 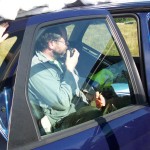 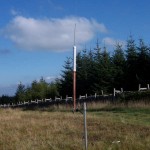 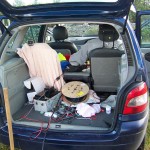 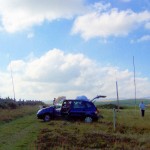 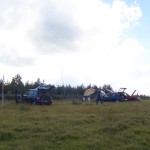 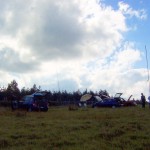 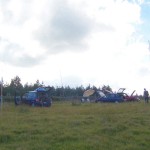 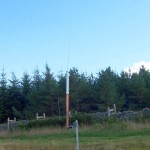 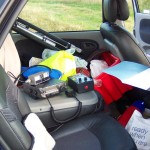 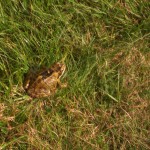 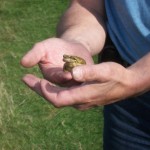 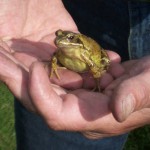 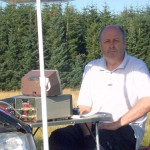 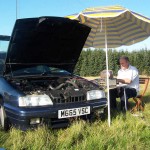