The aim is to contact and exchange details with as many other stations as we can through the day, all over the country, using 5 watts of power maximum, on 144Mhz band which is usually “line-of-sight” only.

We were slightly more successful than last year, even though we had a few episodes of thunder and heavy rain and had to retreat to the vehicles. Contacted stations from the north of Scotland right down to the south coast of England.

Thanks to our operators Dave and Jim, Dave and George for getting the station set up and antenna erected, Mike for logging, and the other club members who came to support us during the day. Also special thanks to Dave for the coffee and fresh bacon rolls cooked on the portable gas stove!

As usual we were located at the top of “Middle Swire” between Yarrow and Ettrickbridge, 6 miles west of Selkirk. The day started off nice, then the clouds rolled in and the rain started. 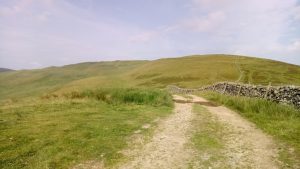 The day started off nice. 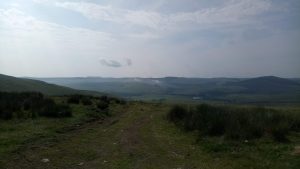 Nice view down to the south 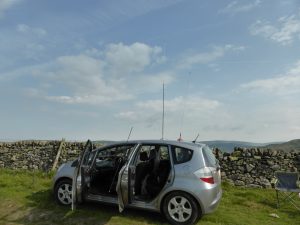 George’s car equipped for some HF and VHF listening while we’re up the hill. 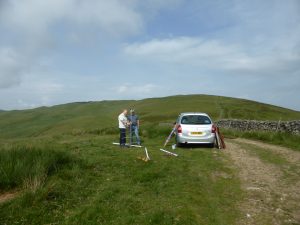 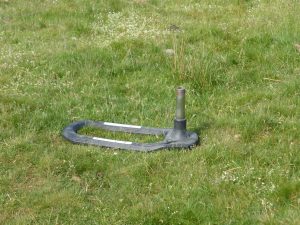 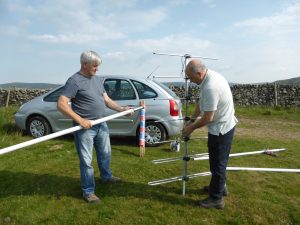 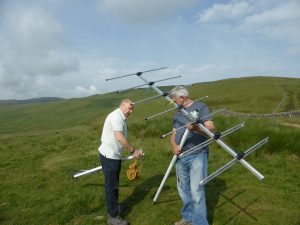 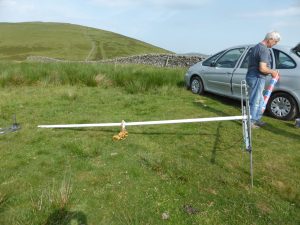 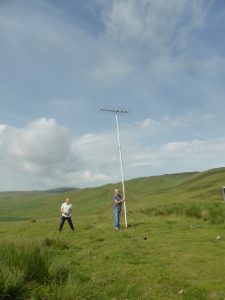 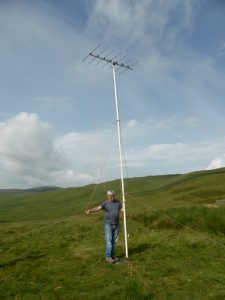 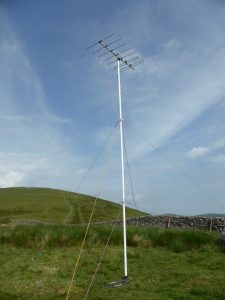 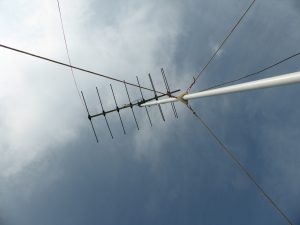 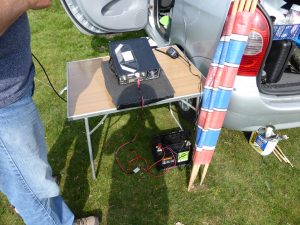 This battery should last long enough. 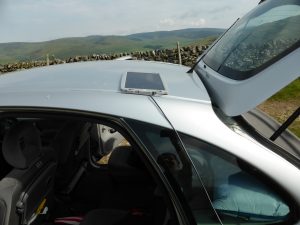 Solar power, only useful while the sun was out… 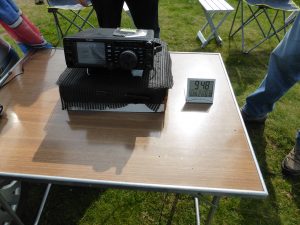 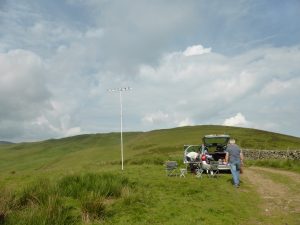 Playing with HF while waiting to start contesting on VHF…. and watching the heavy showers dodge us. For now….

Calling CQ for any stations listening. Callsign and locator on the sheet for reference. Notice the DIY audio reflector for the on-board speaker. 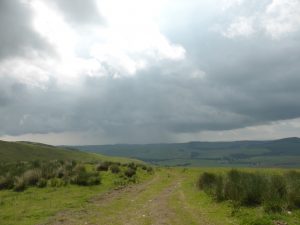 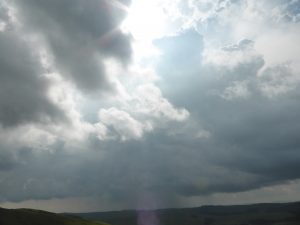 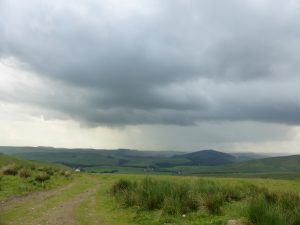 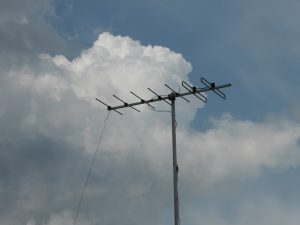 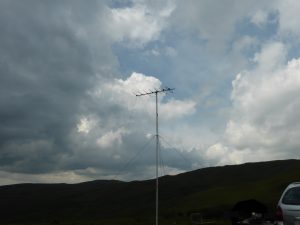 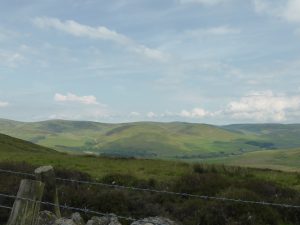 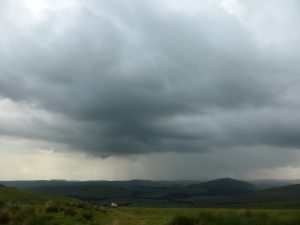 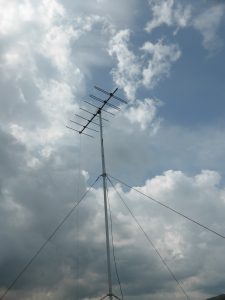 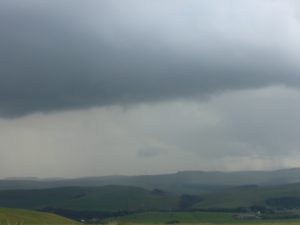 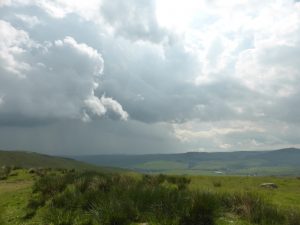 Okay boys, time to retreat to the vehicles! Rain started.

Getting very noisy and crackly on the radio now. Acutely aware there’s lightning around and we’re next to a tall metal pole with a trailing cable leading inside the car. The radio was disconnected for the short time the bursts of static became a constant loud crackle. Not that we could hear the radio anyway over the sound of the rain battering off the roof of the car. 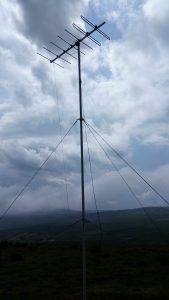 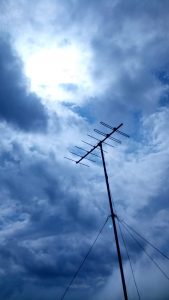 These were taken during the breaks inbetween showers. 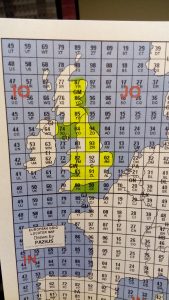 At the end these were the squares that we had contacts in. Shame we missed IO83 and IO92.

Altogether (to be confirmed by the invigilator) 28 contacts (we had a duplicate that nobody noticed at the time) in 13 squares. Just need to wait and see how well we did compared to other stations, particularly the Scottish ones as we won Best Scottish station of last year’s contest.